Painting the front of the cottage

Our holiday cottage  was built in 1905, probably as low cost accommodation for a local quarry worker family. It is part of a terrace (row) of cottages on what would have been the Southern edge of the town on the road leading to Derby. It was built with solid brick walls that have no damp roof course of slate or engineering bricks. As a consequence of the cheap construction method we get some rising damp at the front ground floor room of the house next to the road.

The original plaster on the walls in the lounge has probably been replaced during the early life of the house. It was probably originally gypsum based rather than lime plaster, and gypsum plaster does not cope well with rising damp.  There is a plenty of evidence that previous occupants have tried various measures to reduce the damp, including injected water repellent cream and also ceramic breather tubes embedded in the wall. The real solution is to cut through the base of the wall and install a proper damp course layer to break the water path, but this would be a very expensive process.

Road traffic splash and rising damp have also damaged the brickwork at the base of the wall as frost action on the damp bricks and road salt have cause some brick crumbling and salt efflorescence. A previous occupant attempted to reduce the amount of water entering the the brickwork by painting the surface of the bricks with an oil based paint. This is probably the worst thing they could have done, because all it does is to prevent the evaporation of water from the exterior brickwork. Cracks and holes due to the paint flaking and salt efflorescence soon let water trickle in to the bricks. The only escape route for the water is to the interior walls and plaster.  After running a dehumidifier in the lounge over the winter we discovered we were extracting litres of water from the room every day, we decided it was time to fix the problem.  The external oil paint had to be removed!

The oil based paint sinks into the porous brick surface making it very difficult to remove. After talking with the neighbours we discovered that the paint used was a cheap interior quality paint used to paint ceramic clay tiles. We have the added complication that the property is within a Conservation Area which is quite rigorously policed by the local authority, so changing the appearance of the house is not a real option.

We investigated the use of paint stripper to remove the paint work. We had to be careful, a solvent based stripper such as Methyl Chloride might dissolve the old paint and force it deeper into the brick work. Eventually we found a product designed for use on painted brickwork so we purchased 5 litres and set to work. Initially on the badly flaking areas it worked well, and we were able to remove the treated paint with a stripping knife. However an underlaying layer of paint proved quite resistant, and also other areas of the top coat were not stripping well. It was not leaving a good surface for subsequent treatment. Using a wire brush was unsuccessful and a blow torch caused damage to the fragile bricks. 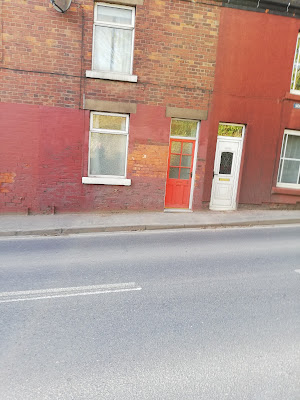 After research, we found a "scotchbrite" nylon pad disk that can be mounted on a powered angle grinder. It is designed for paint removal. We used these, about 15 in all at a cost of £2.50 per disk, to remove the paint and the surface of the bricks where paint had penetrated the porous surface. The objective was to leave a porous brick surface which would allow water to evaporate into the atmosphere. This would allow the wall to dry out. The process took several days to complete as we had to choose times when few people were using the narrow footpath and when the noise of the professional angle grinder would not disturb others.

We found several horrors during the course of the work. In several places the original lime mortar between the bricks had failed and previous "workmen" had used some kind of plastic filler to fill the holes in the mortar. In those areas the brickwork was sopping wet. There was substantial salt damage and flaking to the brickwork in other places, again a mastic or plastic filler had been used to "repair" the brickwork, but this just trapped water and would worsen damage.  In any event after we completed the stripping process and cleaned off the mastic, it was obvious we couldn't leave the brickwork bare. It was just too unsightly and in places too crumbly to leave untreated.

We spoke with several paint vendors to find a paint that would be porous to allow evaporation and was also suitable to protect damp brickwork. We had wanted avoid using plastic/latex based paints, but to use a limewash paint to give a traditional finish. However we couldn't find one with pigments that would match the existing wall colour. We settled on Hydron Nu-guard, from Rawlins Paints, which is a porous water based paint and had a 5 litre can tinted to BS04D45 colour. It is not a cheap paint, coming in at about 100 pounds for the 5 litre can.

To harden the surface of the crumbling bricks we sprayed the brick surface with two coats a 5% solution of Sodium Silicate (water glass) in water. This is absorbed into the porous brickwork and gradually hardens by chemical reaction by absorbing Carbon Dioxide from the air. It does not produce an impervious barrier, but stabilises the brick surface to accept a coat of paint.

To repair the wall pointing we sourced a traditional lime mortar, suitable formulation for a mortar gun and tinted to match the existing mortar.  We raked out the dead mortar from the wall and then repointed the joints with lime mortar using a combination a mortar gun, of specialist trowels and a hard brush to pat the mortar down hard in the joints. We left the wall for a couple of days before painting with the Nu-guard paint. Being water based and porous it will not affect the hardening of the mortar. After two coats of this paint we now have a reasonably good looking but porous surface. 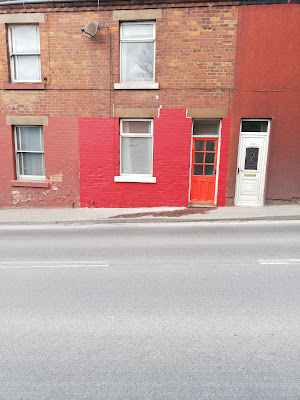 Edit: 23 July 21
I was cleaning the street windows at the cottage in preparation for the next guests, when I noticed damage to the paint and brickwork on the neighbour's cottage. He was the guy who originally recommended the tile paint to cover the brickwork.  The damage looks bad and makes me glad that I put so much effort in getting Nu-guard paint on our brickwork. 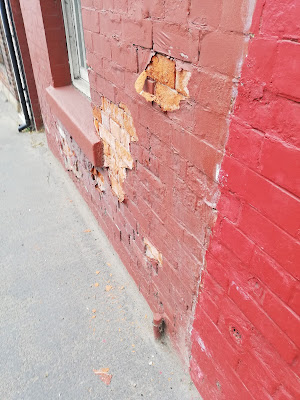 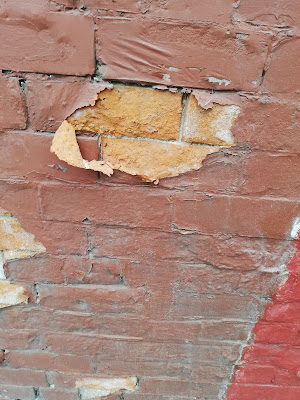 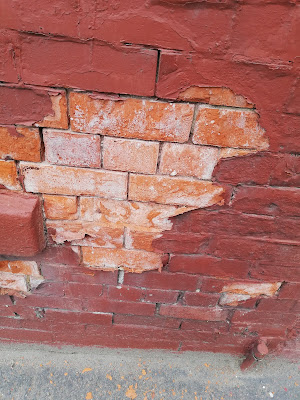 Posted by Orchardman at 20:15 No comments:

UV-C Dosimeter badges for use in Holiday Home Covid cleaning

I've had an update email from one of the suppliers that we contacted when we were seeking UV-C dosimeter badges.  These work by changing colour when an appropriate level of exposure to UV-C radiation hits the surface.  More detail can be found here: https://uvcdosimeters.com/uvc-100-dosimeter/

We use this type of tool when we use our UV-C lamp to sterilise the rooms in our holiday cottage after guest departure.  The photochromic patches can be used to check the effectiveness of a UV-C lamp if you do not possess an appropriate UV-C meter. Given the large number of fake Chinese LED UV-C lamps on the market it is worth running a check if you buy one from Ebay or Amazon.

Posted by Orchardman at 18:50 No comments: